watched radical abundance, a speech made several years ago by david korten. after dinner, we watched canada over the edge (the magdalene islands), the agenda (not enough?–why are there so many missing and murdered indigenous women, and why are the feds not calling an inquiry?–pictured is michèle audette, one of the panelists), and the story of science (what is the world made of?).

‘The most important scientific revolutions all include, as their only common feature, the dethronement of human arrogance from one pedestal after another of previous convictions about our centrality in the cosmos.’–Stephen Jay Gould

we watched the agenda, stephen fry: out there, and woody’s children.

‘The fifth lines [and similar rural roads of Ontario] remind us that, out beyond our imposed dominion of roads, cities, and fields, there still beats the true heart of the land…. The story of Nature writ large on the wider landscape–of collapse and restoration–I see through the lens of a [derelict] farm [–the one he and his partner just purchased, near Mono–] that is like thousands of others…. Nature never repeats itself. Indeed, Nature cannot repeat itself. Some may find this unsettling but, given the change that this place has witnessed, and will again, equally as many should find in it comfort, and a new respect and humility.’–John Riley,”Introduction”, The Once And Future Great Lakes Country, [‘our first wild west’].

we watched tvo’s the agenda. maurice tomlinson, speaking about lgbti rights, said, ‘we live in a fool’s paradise if we think that canada is that idyllic.’ 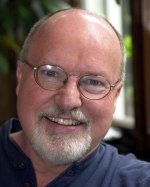 Rohr writes, ‘I think we are on the very edge of history—and about to be edged over—by the depth of the need for wider consciousness and from the depths of our own desire. We live in an amazing time, where quantum physics and neurology are among the sciences supporting our mystical intuitions! It seems God has wired us for love, for intimacy, for empathy, for compassion, and for union—beginning with the gaze between a mother and her newborn, which some say creates the mirror neurons necessary for healthy relationship.’

All around the world, people grew different plants together–polycultures (as opposed to monocultures)–to deter pests, to fix nitrogen, to make balanced diets for the winter. For example, Northeastern North American natives had the ‘three sisters’ of corn, beans, and squash; Mesoamerica had milpa; Spain had balanoculture; Burma had jhum. Writes Riley,  ‘The things we know about nature define us.’ What does that say about us, who practise monoculture?

The attack on Sainte-Marie-Among-The-Hurons by the Iroquoian confederacy in 1649 was not an isolated incident, but part of a series of attacks over the years. However, ‘the expulsion of [the Huron, Petun, and Neutral] Native nations’ from their territories, writes Riley, ‘combined with the relative collapse of Iroquoia as well, changed the ecology of the region…. An enduring, collective endeavour [of ‘concerted Native enterprise over millennia’] was ended, leaving a rump of weakened Native nations and marginalized refugees. They could still pursue their dreams but, in reality, their roles were reduced to that of harvesters of natural resources and of well-paid extras in Europe’s global war dramas.’ Abandoned, 150 years of the greatest wilding the world has ever known in historical times followed.